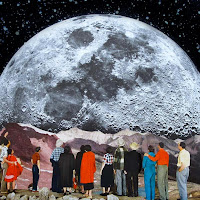 Occasionally, Reglar Wiglar Magazine asks a band, artist or musician: What’s it all about? What's the point and why go on? This week we ask Chicago's frontier expanding, LIKE PIONEERS:

We're playing on Friday at the Beat Kitchen with Fang Island, who we enjoy very much. We also enjoy the bacon spinach pizza at Beat Kitchen, very very much.

Our second record, Oh, Magic, came out about six weeks ago, and we're eager to play you a few tunes. We'll also have it available on vinyl, if you're in to that sort of thing.

We're playing the Ravenswood Remix fest at the end of the summer, and have a few additional September plans in the works too. Football season is around the corner, and we're a band who LOVES sweaters. See you there!