ZINE REVIEW: Out of the Basement 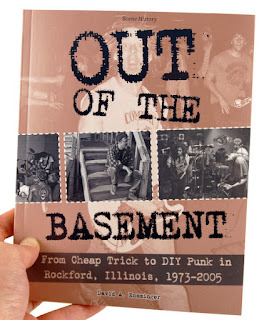 By David A. Ensminger

Every borough and backwater across the US has its own story about how punk rock came to town and conquered the hearts and minds of the idle youth. Those who were bitten by the DIY bug started bands, made zines, hosted radio shows, DJed and turned dives into venues where new bands could play. The names of many, if not most, of these local pioneers will be lost to history, but not if Microcosm Publishing has anything to do with it. Their Scene History series records these often overlooked movements in zine form. Out of the Basement is Rockford’s story. [Read more]

MUSIC REVIEW: The Central: Discovery of a Rat 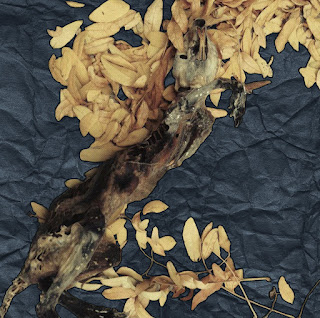 THE CENTRAL
Discovery Of A Rat (Blue Bedroom)

The Central deliver a new twelve-song album from their home base up there in frosty Madison, Wisconsin. The general population of the great state of Wisconsin apparently bought the Trump line of gaudy merchandise hook, line and sinker, but I won’t hold that against this band or the 77 square miles surrounding capital city.

The Central, by its own admission, is a progressive grind band and they do grind, but this two-piece band is by no means a one-trick-pony. Their latest, Discovery Of A Rat contains a full-on assault of extreme noise that is angry, and raw, but there’s also quiet parts and little melodic worms that work their way into their songs and then into your skull. This includes, but is not limited to the funky ditty “Palette Cleanser” which is the sonic version of exactly that. Many of the songs contain as much groove as grind, and more math rock than full on metal mayhem. “Australian Karate Jew” has a 90s indie/math rock sound; “Totem Bowl” actually has a speedy, hyper kinetic pop sound and “Pop Culture Prostitute”, which features Henry Rollins audio snippets, is an especially thrashed out track. As a side note, the album cover is excessively gnarly.

Discovery Of A Rat is cathartic, angry and loud, yet razor sharp. Don't believe me? Stream it for yourself: https://thecentral.bandcamp.com/album/discovery-of-a-rat