From the Desks of PopSkoole, PR: 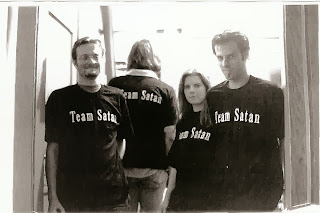 MADISON, WI, October 29, 2013—In the summer of 1995, Chicago was suffering through a heat wave that would claim 600 lives and leave entire neighborhoods grumpy and without electricity. In music that year, lo-fi ruled the underground while Gangster Rap and Hootie and the Blowfish ruled the rest, and somewhere in the basement of an Edgewater two flat, Team Satan assembled. It all began innocently enough, one hung over July 4th morning. That's when Mike Wing and Chris Auman, two line cooks at the Chicago Diner, formed the band as a two-piece guitar and drum whatever. The Team soon expanded to include a third cook, Todd "T-Bux" Uzel on second guitar. Their first show was a drunken mess, as were the next several. Virginian and fellow Diner worker, Lori Kölb, joined on bass soon after. After recording an extremely lo-fi single for the OFF-White Records label and putting out a home-dubbed cassette, The Junior Wing EP, T-Bux returned to Richmond, Virginia and fellow RVA transplant John Peters filled his boots. That's when the songs that the Team had been sloppily bashing out for the previous two years finally took shape. Team Satan standards, like the tongue-in-cheek, "C'mon Baby Let's Sin," got dropped in favor of no nonsense rockers like "Henchmen" and "Team Satan Lies." The band never lost their sense of humor completely, but they definitely found a way to tighten up.

On Memorial Day 1998, Team Satan recorded their first (and only) full-length record at the Lab East Recording Scenario in Humboldt Park, Chicago. Eventually titled, A Little More Down, it would be engineer Kris Poulin's first recording project in his basement studio. Unfortunately, Team Satan disintegrated rapidly after the recording and the album was never officially released. John Peters sold his amp and left town in the middle of the night (much as he had arrived) and everything turned into bright shiny shit. The Team honored their scheduled commitments, lip-synching on the dance show Chic-a-go-go as a three piece and playing their last official gig at the Empty Bottle with T-Bux. A reunion show was performed with Bux at Lounge Ax close to the end of that venue's existence, but the contract had expired on the Team and that stinky, damp towel got thrown in for good.

Which brings us to today and the release of that lost Team Satan record on the digital only SFR label. Maybe this record and these songs should be crammed back down into the basements where they were written and recorded. Lord knows, but as the Team's own motto attests, "The devil made us do it and he made us do it well," so it's probably worth a quick listen. Even after  fifteen years, it's not too late to get A Little More Down. 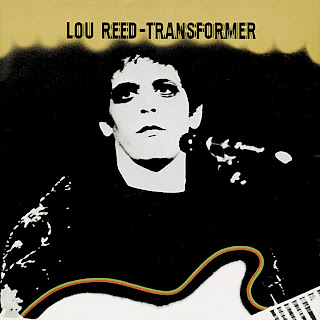 VIDEO: Temples, "Keep in the Dark" 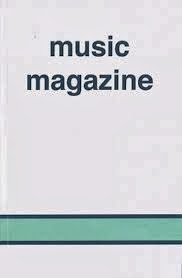 The debut issue of this slender digest-sized zine is dedicated to the past: music and musicians that have been forgotten or overlooked. Music has no expiration date as publisher, Joseph Kyle, points out in his intro, so why not go back and revisit what has gone before? There's nothing new under the sun anyway and, let's face it, if the world stopped producing new music today, would anybody even notice? Probably, but anyway...

This issue features interviews with Semisonic drummer Jacob Slichter, emo band, Texas is the Reason, Pete Byrne of Naked Eyes, and brothers Lon and Derrek Van Eaton. There are reviews of albums by The Breeders, Everything But the Girl, Jawbreaker, Codeine and other bands and artists who released music many several moons ago, Kyle also writes the confessional, "I Was a Teenage Yoko Ono Martyr," explaining his early and continuing fascination with the "most famous unknown artist in the world." (John Lennon)

While the pages of this particular publication will remain in printed form only, you can read similar content on The Recoup website—Chris Auman
at October 11, 2013 No comments:

ZINE REVIEW: Why We Drive 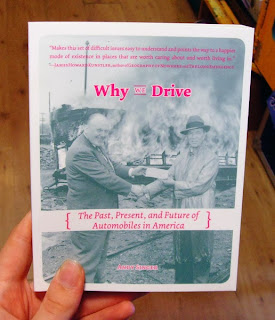 WHY WE DRIVE
Andy Singer [Microcosm]

Why do we drive? Well, it has to do with money and politics and back room deals and cronyism and greed. Cars are as American as guns and apple pie and we're about as likely to give up our guns as our cars, and it's all based on some pretty fucked logic. From pollution to congestion, noise, traffic jams, multi-car pileups and that whole dependence on foreign oil thing, the automobile industry (enabled by our artificial need for our cars) contributes to the destruction of farmland wild life and our health. Do I even have to mention how disgusting billboards are?

Why We Drive is about cars and driving and bikes and riding and feet and walking and why we do too much of one and not enough of the others. It's the history behind how we traveled to our current congested predicament. Researched, written and illustrated by bike activist, Andy Singer, Why We Drive seeks to explain it all and put the rise of car culture in proper perspective.

Singer's work may be familiar to you. His long running "No Exit" comic has been featured in 24 newspapers around the country and his comics and illustrations have been seen in The New Yorker, Esquire, The Boston Globe, The Washington Post, The Saint Paul Pioneer Press and others. As a bike riding advocate who pedals the streets of St. Paul on a daily basis, Andy lays all these points out and also points out the absurdity of the way modern cities have been planned to accommodate—even encourage—more and more roadways, inviting traffic and congestion and resulting in more pollution and health problems.

I’ve never owned a car myself. Like Andy I've managed to get by on two legs or two wheels or public transportation, so I appreciate the effort that went into the creation of this book. Through the hard work of activists like Singer, both in and outside of government, we may see the creation of more bike friendly laws and city layouts. When short-sighted boneheads like Wisconsin Governor Scott Walker, who turn down millions in stimulus money intended to fund the construction of light rail, start to see the economic value and heath benefits of scraping the car culture, we'll be heading further in the right direction. Until then, get on your bikes and ride!—Chris Auman

BUY:
Why We Drive: The Past, Present, and Future of Automobiles in America (Comix Journalism)

Email ThisBlogThis!Share to TwitterShare to FacebookShare to Pinterest
Labels: parquet courts, tally all the things that you broke, video, you've got me wonderin now

STREAM THIS SHIT: Parquet Courts, Tally All The Things That You Broke