I realize the weather in Chicago has been 'unseasonably cool' these past few days, but I just saw the first instance of 'using lawn furniture to reserve a parking space' of the year.
at August 29, 2009 No comments:

Long-running punk rock band and Chicago scene staple, M.O.T.O. is hitting the bricks after twenty years. M.O.T.O. is basically Paul Caporino and any assortment of like-minded musicians he can seduce into backing him up when he performs and records his catchy, clever and infectious punk rock gems.

M.O.T.O. (an acronym for Masters of the Obvious) was formed in Caporino's hometown of New Orleans circa 1981 and has been churning out releases (mostly cassettes and seven inch singles) and band members ever since. Chicago wasn't the first destination for M.O.T.O. once the band fled Louisiana. Boston was home to the band for several years before Caporino relocated to Illinois in 1989.

According to the M.O.T.O. myspace page, Caporino bonded with Providence RI's Midnight Creeps while on a three and a half week tour and was convinced by the band to move to their Rhode Island town.

M.O.T.O. will be playing several farewell shows at the end of August as well as the Glenwood Arts Fest this weekend in Rogers Park. If you've never seen them, now's the time, slackers.

Read this Reglar Wiglar interview with Paul Caporino from 2003.

When the Apocalypse Comes

Chose Your Own Apocalypse
at August 19, 2009 No comments: 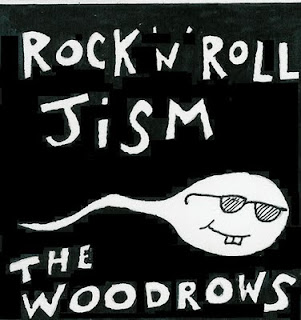 Woodrow Discography
at August 11, 2009 No comments:

He appeared at both The Gathering and Wizard World. I predict a mid-week spike in They Live rentals.
It might take a week or two before things get back to normal.
at August 09, 2009 No comments: 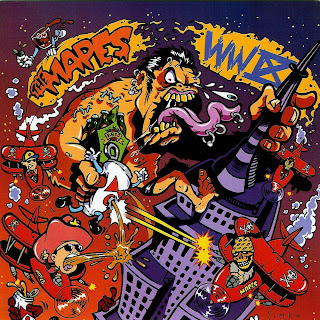 Does the carpet match the Mapes? That's a question that doesn't get answered on these three short blasts of punk rock from Las Vegas, Nevada's Mapes. Snotty and fun with a theme song ("Journey to the Center of the Mapes") is how these gamblers roll. "Rocket in My Pocket" may reference the penis, but The Mapes are not afraid to let their sentimental side show on the heartfelt track, "Tits." Flippin' the split reveals two punk rock tunes from New York City's WWIX. "Empty V" deals with the vacuous wasteland of the formerly music video playing channel, MTV. (I thought Jello Biafra demanded that MTV leave the airwaves back in '85... they must not have been listening). For their second track, WWIX could not resist a song about their favorite past-time which is the consumption of drugs and alcohol. Can a real "Intervention" be far behind? Let's hope not.