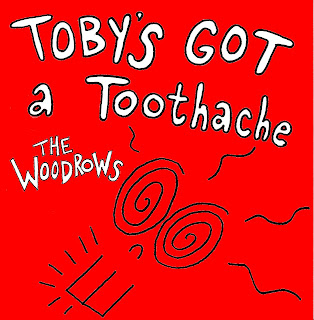 Toby's Got a Toothache

Toby's got a toothache and man do it hurt! You ever get one of those really naaaasty toothaches? Imagine if you had teeth like that bucktooth muther effer! Yowza!

Thirty-six killer tracks make this one of the most painful Woodrows records to date. Features the tracks, "Novacaine/Cocaine," "Tooth on a String," "Larry, the Tooth Fairy," "Dental Damn!" and many, many more!  Too many more!

Visit the Woodrows' Discography Page on reglarwiglar.com for more great albums!
at February 21, 2016 No comments: 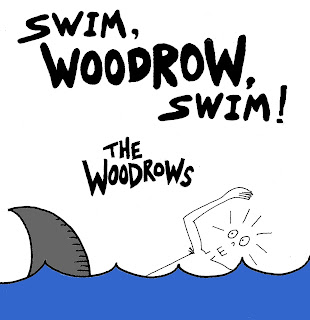 When you run out of dry land, you gotta swim, Woodrow, swim! This second installment in the Run series got Woodrows fans running to the record store for a copy of this classic full-length.

Contains sixteen explosive songs of desperation like "Backs to the Wall," "Fight or Flee," "Never Goin' Down" so many more. So many more.

Visit the Woodrows' Discography Page on reglarwiglar.com for more great albums!
at February 03, 2016 No comments: 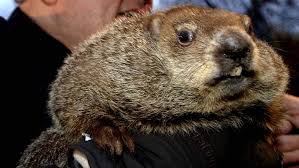 Everybody's favorite punky rodent Punxsutawney Phil did not see his shadow today my friends. With the ass that rat has, you can bet your bottom dollar he couldn't have missed it. That means we can confidently look forward to an early spring, so let it begin!
at February 02, 2016 No comments: 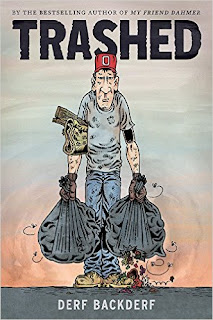 Coincidentally, the day before I received my copy of Derf’s new graphic novel, Trashed, I had a conversation with a friend about the topic of garbage collection. By conversation I mean a series of texts, and by topic I mean my friend was advocating for sanitation workers to have their own TV show, a sitcom in particular. A quick Google search reminded me to remind him of Quark and Roc as being two examples of what he said had never been done before. The next day, I realized they at least had they’re own graphic novel depicting the hardships, and some might say futility, of their occupations.

Trashed is Derf Backderf's contribution to the shedding of light on truly one of the world’s grimiest occupations. Derf uses the story of a couple of hapless village garbage collectors in the suburbs of Cleveland to set the stage for some shocking revelations about the trash we produce in this country. Doggie bags and diapers present a unique set of challenges for garbage collectors in terms of bursting bags and spraying doo doo, but the problem of what to do with the millions and millions of tons of trash we continuously bury in this country is also addressed.

The stories in the book are based on Derf’s own experiences slinging trash back in 1979 and 1980, but this is a fictionalized account. The stories concern these heroic sanitation engineers as they deal with the demanding tax payers, nutty civil servants and an uptight boss. Interspersed are factoids and information on US garbage consumption, landfills and the history of the garbage truck, which has changed surprisingly little since its invention. The books calls attention to yet another one of society’s many ills and another downside of wanton capitalism. Our landfills and the plastics we consume will live on forever, as will the toxic poisons that seep down into the soil and our water supply — a problem politicians will ignore for as long as we let them.

Derf, is the creator of the long-running strip "In the City" which appeared in many, mostly now defunct alternative newspapers around the country. He has also previously produced several graphic novels most notably perhaps is his recent book My Friend Dahmer about his high school friendship with one of the country's most deviant serial killers, one Jeffrey Dahmer.

So what's the takeaway (pardon the trashy pun) from this graphic novel? Trashed is an entertaining, yet thoroughly disheartening, yet highly educational hitch on the back of the American garbage truck and an interesting and eye-opening account of what happens to the trash we throw away on a daily basis. Is it sustainable? Of course not. We’re all screwed—Chris Auman 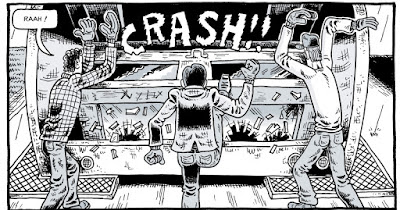