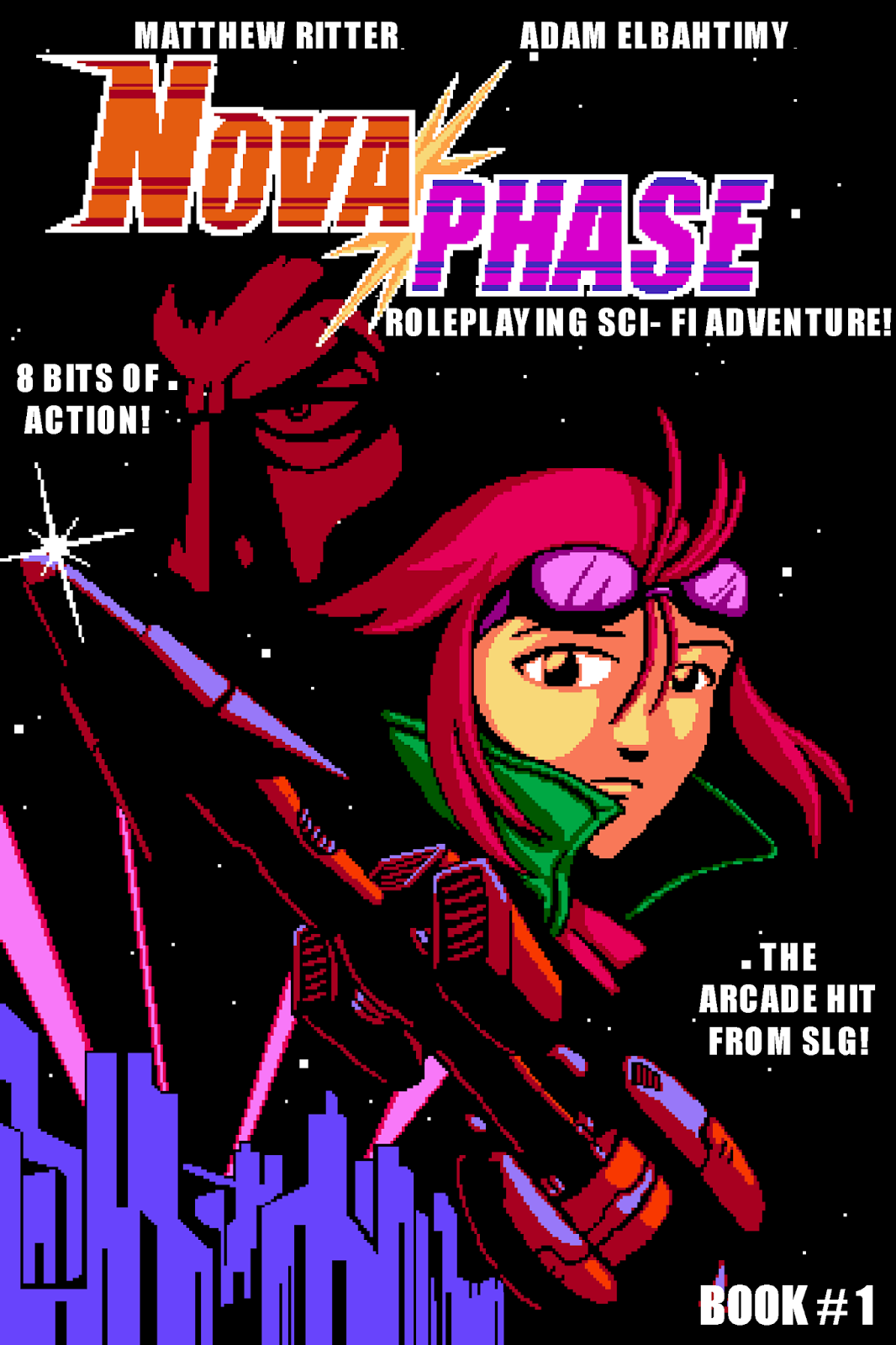 Nova Phase is a part of a six issue series of comics that are being released through Slave Labor Graphics. The story is being billed as a “treasure hunt in space with old school video game graphics!” It certainly delivers on the promise of pixelated panels. You can see the bits and almost here blips and bleeps.

Nova Phase tells the story of Veronica Darkwater, a bounty hunter with a good heart. Maybe too good—not a good trait in a bounty hunter. Even Han Solo ran into a bit of trouble in this area, despite the image he wished to project. Veronica is set up against a ruthless military antagonist  who, like all ruthless military antagonists, is on a quest for absolute power at any cost—at all costs!

If the story sounds like something from a late eighties/early 90s video game, that is hardly a coincidence. The arcade-style art and classic storyline is meant to pay homage to the 8-bit past.

A print version of the first two issues will be collected for sale through the SLG website and Amazon. 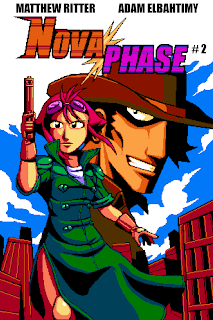 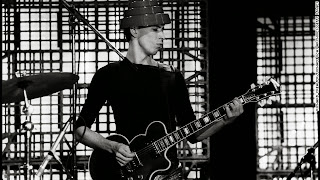 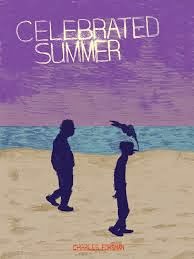 Music is fixed in time like our memories. We all have those songs or records and bands that seem to belong—not to a certain time in history, but to a very specific time in our lives. These memories can be especially powerful when they represent a tumultuous or painful part of our lives. They have lasting power over us. They’re hardwired.
Charles Forsman’s graphic novel, Celebrated Summer, is one long memory triggered by music expressed in visual art. It represents an aching feeling of nostalgia for a part of life that sucked to live through the first time but somehow seems like a better place to visit than the present. The transition from adolescence to adulthood, where everything is up in the air, seems innocent in retrospect only because of the complete lack of understanding of what could happen next or even what’s possible. That’s where Celebrated Summer is set. The soundtrack would undoubtedly be Zen Arcade, New Day Rising or any Hüsker Dü or punk rock record of the mid 1980s. The book’s title comes from a song off New Day Rising; the cover features a colored pencil wash in homage to Zen Arcade, a record that many disaffected teens of the The Eighties latched onto for comfort or escape or both. 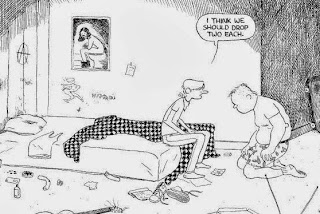 Not much happens over the course of sixty or so pages. The story opens in a bedroom somewhere in rural, or maybe suburban Pennsylvania, possibly New Jersey. It's the summer between the end of high school and the beginning of whatever happens next. The room is littered with the detritus of a teenaged life dedicated to skate boards and punk rock (Hüsker Dü appears again scrawled on the wall above the bed). The two protagonists, Wolf and Mike examine a blotter of acid on the floor in front of them. "I think we should drop two each," Mike decides, and so they do. Then there's a ride to the beach with a stop to get gas and smokes. There's some time spent people watching on the boardwalk and in a video arcade. Wolf tries to call his grandmother at one point but she doesn't pick up the phone. He's worried that she'll worry, but he's not worried enough try again. Wolf is overweight and self-conscious. He looks like a tripped-out Charlie Brown, full of the same anxieties and with nonexistent parents. Mike is more confident. 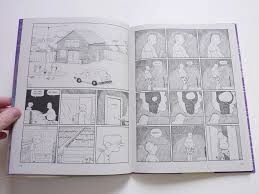 The imagery is important. Micro scenes of nature and the bits and blips of the video screens at the arcade get intense, drug-assisted focus. Buildings shimmer as Mike's boxy VW Rabbit drives by them. There’s a reoccurring image of a circle, heavy with symbolism in any context, but also happens to be prominently featured on The Germ’s album What We Do Is Secret—an iconic image in punk rock that's hard to miss. Forsman has a clean drawing style. He creates simple lines that don’t weigh down his panels. This works especially well in his panoramic views of both city and open country spaces. If music is the space between the notes, then Forsman's art is the space between the lines.

On the journey home, Mike, still tripping, asks a cop for directions. Later Wolf is passively confronted by his grandmother for staying out too late. Later he goes with his grandmother to buy shoes at the mall and visits Mike who is taking a break from his job at the food court. At the end of this flashback down memory lane, in the present, Wolf admits to lying awake at night, "strangled by nostalgia". He misses those days so "carelessly passed". It's kind of a bitter sweet bummer in the end, but it's definitely worth the trip—Chris Auman