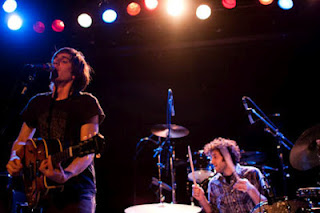 
I don't know if Dig in this case is like "like" or like a cheap shot or like taking dirt out of the ground, but this NYC band is celebrating the release of their new album, Midnight Flowers tonight, so they must dig Chicago. 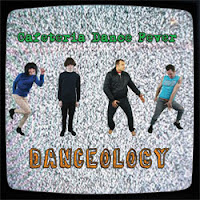 It's the end of third period, kids, so it's time to bolt to the lunch room, grab a molded plastic tray, dab on a big old dollop of powdered mashed potatoes and a scoop of jello (with bits of canned cherries and pineapple in it), and get down with Cafeteria Dance Fever! These punchy Portland punks keep it snotty and out of tune, and like a good schoolyard flu it's catchy. They can rip through dang near 25 songs in two sips from a milk carton. This retrospective danceology titled Danceology has so many nonstop hits ("School Sucks," "I Got Rabbies," "Bile," and "Pig Sty") it would even make The Woodrows jealous. Ain't nuthing gonna bring this fever down—Lunch Lady Sue [Cafeteria Dance Party]

Read more reviews, and always...always read Reglar Wiglar!
at May 30, 2012 No comments: 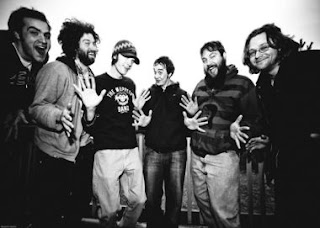 
How could a band called Ultraviolet Hippopotamus go wrong? In many, many ways that's how.
at May 30, 2012 No comments:

Crystal Antlers, Crystal Skulls, Crystal Castles, Crystal Stilts—Crystal Fighters are here to smash all those other crystal bands, right?
at May 28, 2012 No comments:

Do you like 19 piece funk ensembles? What's that? You don't? Then you better stay the hell away from the Grolar Bears. (Did you know that when a Grizzle Bear and a Polar Bear do it, they make a grolar bear? No kidding. Arctic Fever, I guess.)
at May 27, 2012 No comments:

It's Memorial Day Weekend, so why not take a little time out to remember those Milwaukee bands that  laid down their lives and reputations so that we may have punk rock today. Drink to remember, then drink to forget. That's what Muggsy does anyway.
at May 26, 2012 1 comment:

Pound the crap out of gaggles of Goblins and oceans of Orcs with ONE POUND OF DICE!!!!

BASS! How Low Can You Go?

How did it go from this: 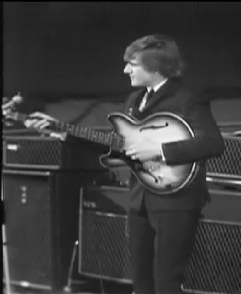 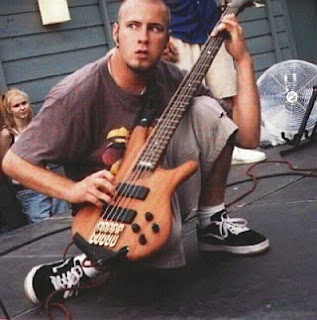 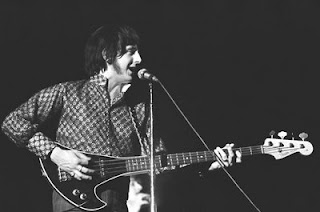 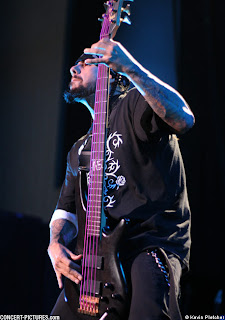 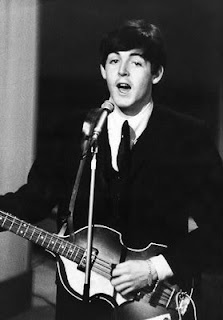 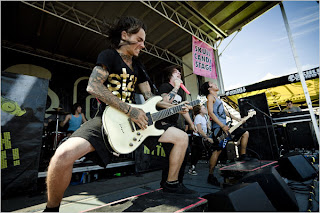 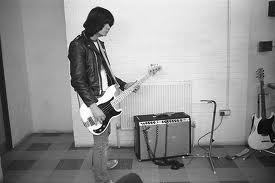 Rootsy "brothers" bonding over booze at the BK!  Muggsy appreciates this type of family gathering.
at May 25, 2012 No comments:

Muggsy is not above taking a cheap shot at an easy Target Center show, thus my pick of this festival of generic post-grunge posturing and impotent middle-aged rage. (I don't know if that's a cheapshot so much as it's the truth as I see it).
at May 23, 2012 No comments:

Not necessarily curt, not necessarily vile, not like the Black Banana's. Prepare to get it all shmushed.
at May 22, 2012 No comments: 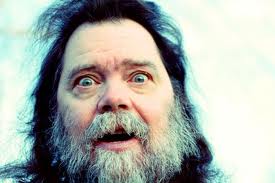 The hair of the dog just might be what you need to drag your leaky ass out to night three of the HoZac Blackout Fest, but the hair of Roky is a guaranteed goddamn cure for all that ails yah.
at May 20, 2012 No comments: 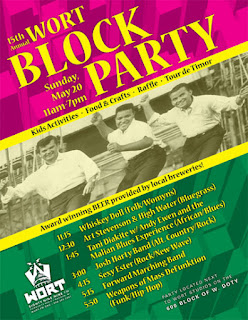 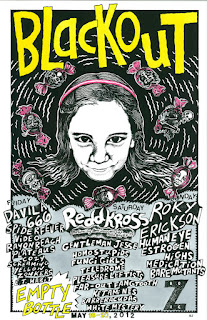 If you thought Empty Bottle could get hot, sticky and smelly on just a reglar old Saturday night, you're in for a real treat at Blackout Fest tonight. It's sure to be the hottest, stickiest and stinkiest night yet—guaranteed or your money back!* 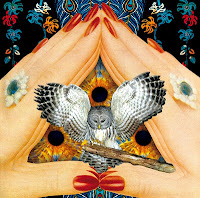 Born in Bordeaux, the French psychedelic trio, Strange Hands, pimp their lo-fi brand of endearing jangly rock on their new twelve track LP, Dead Flowers. The Hands capture the spirit of the garage with tunes that can get poppy, "Bunny Slipper", intense "Love Illusion" and instrumental, "Dead Flowers" and uneasy, "Anxious Pictures"—a bad trip but in a good way. There's something about Strange Hands that remind me of the late great Southwestern American punk rock band Scared of Chaka—probably the low quality of the recording mixed with the high energy of the performances. Stellar cover art by Lucas Donaud—Bill Balzy [Strange Hands]

Read more reviews, and always...always read Reglar Wiglar!
at May 19, 2012 No comments: 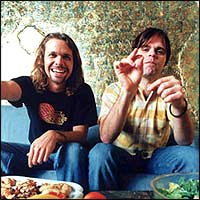 You gotta give credit to Local H for stickin' around as long as they have. Right?
at May 05, 2012 No comments: 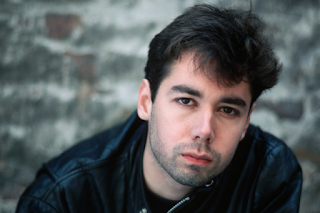 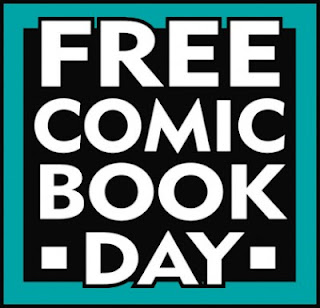 The first Free Comic Book Day started in 32,00 BC in Lascaux, France when prehistoric comics artists invited the general public to come to their caves and check out their most recent work. On this day, the usual admission price of three mammoth bones was waived in an effort to attract future patronage. Thousands of centuries later this practice still thrives and on the first Saturday in May comic shops across the North American continent give away free comics to greedy little boys and girls (some of them well into their forties). 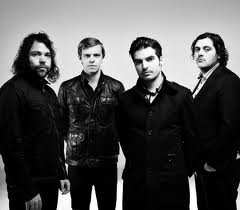 Not just my favorite period of Chinese history, but also my favorite band (that I can think of right now) consisting of a Yank, 2 Brits and an Aussie.
at May 04, 2012 No comments: 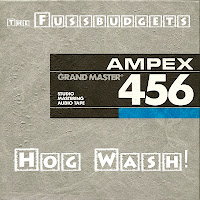 Fussbudgets were a late 80s San Francisco band that released low profile, hard-to-find, yet critically acclaimed cassettes—at least in the underground music scene of the time. Influenced by classic pop bands like Big Star and the Go-Betweens, Fussbudgets wrote songs that were surely right at home left of the dial. Hogwash! was the band’s first full-length and features twelve tracks equally split betwixt Larry O. Dean and Chris Lehmann who trade off singer/songwriter duties every other song. Very democratic. While this re-release (recorded in 1988-89) isn’t all college radio gold, Dean's for "For Crying Out Loud" and "Enjoy Your Attic" matches Lehmann's, "Something That We Heard on the Radio" and the dig on Talking Heads fans "Jacqui Digs the Heads”. Having two solid songwriters go toe-to-toe aided by the driving rhythms of bassist, Ned Doherty, is gonna pay dividends even if you have to wait 25 or so years to hear it—Jayne Wayne [Fussbudgets]

Read more reviews, and always...always read Reglar Wiglar!
at May 03, 2012 No comments: 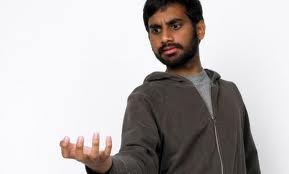 What? Are you telling me Aziz Ansari doesn't rock? 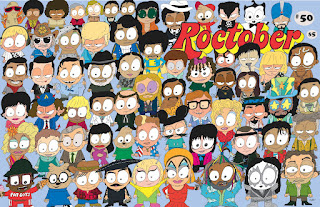 ROCTOBER #50
(Roctober)
Twenty years and fifty issues of Roctober. Kinda hard to believe, but you can believe it because it’s true and I tell the truth and I’m telling it to you right now, so there. This anniversary issue revisits some of the artists that have been featured in the past and publisher, Jake Austen, steps out from behind the curtain to weigh in here and there on the content, thereby breaking a rule of his to never insert himself into the story. Roctober always did chuck the rules out the window, however, and this is certainly an occasion to do so. In addition to interviews and updates, there are, of course, several tons of the comics and reviews we’ve all come to expect from this crazy hodgepodge of a magazine. (Full disclosure: there's even a Cassetty Comic or two). Here’s to another 25 years or Roctober!—Chris Auman

Read the Reglar Wiglar interview with Roctober's Jake Austen!
at May 02, 2012 No comments: 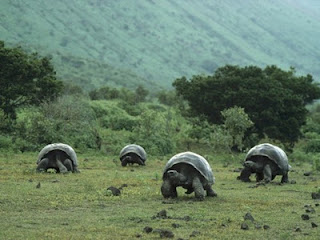 What the Point, Bible of the Devil? 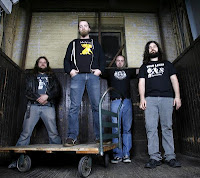 Each week, Reglar Wiglar Magazine asks a band, artist or musician: What’s it all about? What's the point and why go on? This week we ask raw metal evangelists, Bible of the Devil:

What’s it all about?
Loud bombastic rock music. Friday May 4th at Frequency in Madison. It's the weekend, sleep it off Saturday and Sunday. And Monday. Macho muscular rock. Party with the band. Good looking men with good looking fans. Not a dry seat in the house.

Brand new record For the Love of Thugs and Fools. Bombastic recorded heavy metal music. You can buy it at the show. What, we ask, more point is needed?

Why go on?
Ever sprayed people's ears with a Marshall turned up to the point of bombastic lunacy? Ever beat anyone's face shut with a drum kit? That's why. It's great to be alive. Bring us your lovely money.

Email ThisBlogThis!Share to TwitterShare to FacebookShare to Pinterest
Labels: bible of the devil, Chicago, cornfed bruiser, for the love of thugs and fools, frequency club, heavy metal, madison live music, the garza 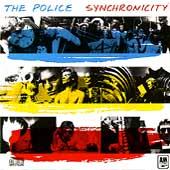 (A&M)
CrO2, bitches!—the highest, best tape quality ever, ever and it’s a good thing too because the fifth studio album from The Police was a monster seller in all formats. Synchronicity, (pretentiously titled after a book which name-checks a term coined by Swiss psychiatrist Carl Jung) turned these three blonds from super stars into super duper stars. The synchronicity concept—whereby two seemingly unrelated events occur simultaneously for some purpose—seemed to be a theme connecting the songs on this album, I guess. Maybe not. Ask Sting. The only evidence of this theory seems to be the two pretentiously-titled tracks “Synchronicity I” and “Synchronicity II”. In keeping with the theme as well, I suppose, are the two seemingly unrelated events of Copeland’s “Miss Gradenko” and Summer’s almost-unlistenable “Mother,” both lumped together on side A, along with songs about dinosaurs, God and biscuit-taking and the aforementioned Synchronicitys. The B side delivers the goods though giving us no less than three hit songs as well as a song about desert tea drinking. And there's a bonus song, "Murder by Numbers," the b-side to "Every Breath You Take" that did NOT appear on the vinyl LP. A blatant attempt to sell the record in multiple formats? You bet.

Synchronicity would become The Police's biggest selling album and their last. What do you expect? These guys were on a nonstop, whirlwind touring and recording schedule and the end was bound to come sooner or later. Allegedly, Copeland and Sting came to blows during the recording. Copeland obviously didn’t punch Sting hard enough because he was able to carry on and release such pretentiously-titled future albums like The Dream of the Blue Turtles and become some sort of world music and tantric dork.

A lot of critics (aka nerds) like to get bunched undies when bands featuring mostly white people incorporate different styles of the music of nonwhite people into their own. This of course, ignores the fact that very little music played on this planet in the 80s or today was created in a vacuum and the origin of rock music, should they take the time to remember, was a multicultural hodgepodge of country and blues. While this fact should make them want to give up writing and actually try to enjoy music like most humans, nothing will deter them from trying to kill everyone's buzz one band at a time. (Vampire Weekend is a recent example of how this pointless argument resurfaces every few years.) They must have been relieved then when Sting opted to forgo the reggae and island rhythms in favor of a more experimental approach, aka, throw horns on everything. But I digress, the question is whether Synchronicity deserves a place on such a high pedestal. Maybe yes, but mainly for the cultural impact it had on us back then. I will say, I was down with the Synchro in 7th grade like I was down with Thriller and Business as Usual. I rolled with the trends back then. Listening to this cassette many decades later, however, and after becoming a fan of earlier Police records like the pretentiously-titled Outlandos d’Amour and Reggatta de Blanc, this record is certainly not as exciting as those first efforts. Sure, it delivered the hits in spades, but it’s a dark record and kind of a bummer to listen to and nobody wants to spend that much time in Sting's head anyway. Not even Sting—Joey T. Germ 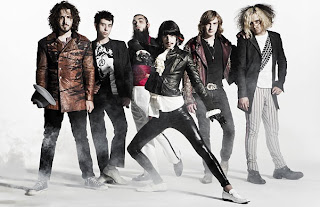 Every once in awhile a band comes along and they're called Foxy Shazam or something like that, and they think they're gonna bring the bombast back to rock and roll. Sometimes these bands do and sometimes they don't and that's an entirely subjective thing.