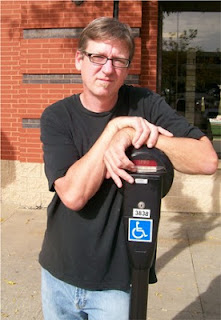 Derf Backderf has been a prime mover in the alternative comics universe since 1990. His ubiquitous strip "The City" has been logged into my subconscious thousands of times since then, but I wasn't aware of his work in graphic novels until a friend of mine gave me a copy of Derf's recent book about his high school friend, Jeffrey Dahmer. I found My Friend Dahmer to be a well-researched, well-drawn, well-written story, in other words, a great graphic novel. Apparently, I am not alone in this assessment as the rights to a film version of the book were recently picked up, as reported in the Hollywood Reporter in July. Not to be outscooped, Reglar Wiglar Magazine decided to interview Mr. Backderf on the state of the weekly strip, graphic novels and his experiences writing My Friend Dahmer. Read the Interview.
alternative comics cleveland derf graphic novels indie comics jeffrey dahmer john backderf my friend dahmer punk rock and trailer parks the city trashed