Meanwhile, on the "internet"...

Bo Bice to front Van Halen?
Mark Prindle interviews Henry Rollins
Will Oldham loves Glenn Danzig
Jay Hinman tries to pinpoint the precise moment Black Flag started to suck
How Much Money Would It Take For You To Listen To All These Asia Albums?
Vince Neil fan fiction!
MU: Are any of you guys married?
SC: We're married to heavy metal.
at March 30, 2005 No comments: 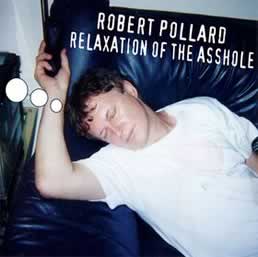 It was perhaps inevitable, given the “what the fuck” nature of his release schedule, but Robert Pollard’s first official post-Guided By Voices release is, get this, a COMEDY ALBUM. Technically speaking, it’s actually “just” a compilation of drunken GBV stage banter by the most tediously prolific artist in the history of rock. Taken as a whole, it paints a fascinating picture of a man who started smoking at the age of 35.

A few of the many, many highlights:

“Let me get a cigarette. Jesus Christ.”

“Rolling Stone sucks! They can blow me forever! I tell you what, they’ve got the Top 100 Living Guitar Players in the Rock and Roll and they’ve got Joan Jett, and they’ve got both guitar players from Radiohead. What? Those motherfuckers have never played a good fucking riff in their life!”

“I’m 44 fucking years old, and I’ve got a small dick anyway, but how the fuck does the guy from the Counting Crows get to fuck all the girls from ‘Friends’. He’s an ugly motherfucker, he’s fatter than me… What’s he got?!!! Money. Money. I’ve got some fucking money, goddamit.”

“When you play big clubs like this, you’ve got to say ‘Thank you’ louder. Like this: THANK YOU!”

Our blog is okay, but we'd rather be reading

TONYIZE
My Life Hugging Trees
For Shizzle My Pirate Nizzle
The AVCABL-OG
Agony Shorthand
Lexicon Devil
The Ass Chronicles
Mostly I looked out the window
and of course, Eschaton.

A blog of our own

I've been waiting a good long while to get my hands on a blog and now, thanks to Oliver Trask --or was it Soggy Sprinkles?--anyway, doesn't matter, here 'tis. If you are unfamiliar with the print version of the Reglar Wiglar or unfamiliar with our "web presence" at www.reglarwiglar.com, we are a long-running humor/music magazine out of Chicago, Illinois. For twelve years the Reglar Wiglar has existed as an alternative to even the alternative music magazines, providing you with honest, stupid, sometimes informed, sometimes uninformed opinions about the latest records, zines, and comics as well as a wealth of less than insightful interviews about the artists who create the previously alluded to works, in addition to a plethora of run-on sentences.

I know staff ne'er-d0-well Joey Germ is chomping at the bit to get his two cents in (which is twice as much as he's worth) so I will give him that opportunity now by shutting my mouth. Desperately seeking Herman Rarebell! Local Scorpions tribute act is in search of a drummer. Qualified candidates should have weekends free, own a pro-quality kit (minimum 15 pieces), working knowledge of the albums Lovedrive, Animal Magnetism, Virgin Killers and Best of Rockers and Ballads, be rumored to have a 14-inch penis, and be ready to rock. Interested? Call Rick at 630-xxx-xxxx.
at March 25, 2005 No comments: 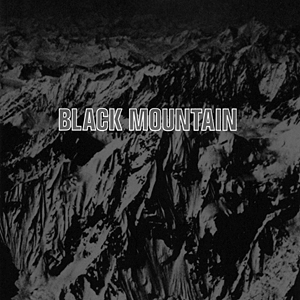 Black Mountain manages a pretty boss update of late 60s, early 70s-non-metal heavy-ish rock that refreshingly steers clear of the slavish genre retread, pointlessly forceful “rock” moves and tedious nyuk-nyuk pseudo-pomo ironic posturing that tends to doom most projects of this sort to minimum relevance and maximum suckitude. They explore a healthy variety of sounds and moods, without ever straining to be, y’know, eclectic. They stick mostly within the framework of the probabilities of an imagined gospel- (rather than blues-) informed Crazy Horse Tonight’s The Night / Zeppelin III (and a little ‘Set the Controls for the Heart of the Sun’ tossed in for snicks) melange and the resultant tunage is very easy on the ears. Black Mountain‘s a very good front-to-back album, with but one possible drawback: some of the songs are a bit draggy , and most of the ‘grabbers’ are on what I guess would be side one of the vinyl edition. But then again, they’re authentically draggy. And who am I to come to this conclusion after, what, two-three listens? How long did it take me to get hip to Forever Changes, for instance?—JD Guckert 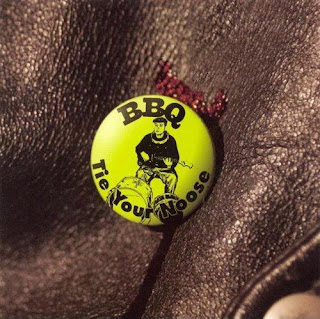 Eh, I don’t really need this in my life. I guess a one-man band who sounds pretty much like the Crickets as portrayed in The Buddy Holly Story is impressive on a purely academic level. Lacking that knowledge, though, I’m not impressed in any visceral sense by the air moving in front of my speakers. It sounds like this guy is just too good at what he does. One-man-band-ism if it’s about anything, should convey some sense of physical challenge, and this here don’t do that. Plus, the songs are boring and I’m listening to it on a gol-dang laptop, which doesn’t do anybody any good, either—Oliver Trask

If there's such a thing as an anti-climatic beginning...

This shall be the spot for up to the minute news, reviews, and bellyaching from the generally-pseudonominous Reglar Wiglar staff.

At some point, readers of this site will be able to post cheers and jeers in the forum of a comment box appended to each and every blog entry.

I'm sure it's going to be a lot of fun or something.