Book/Zine Review: Slip of the Tongue 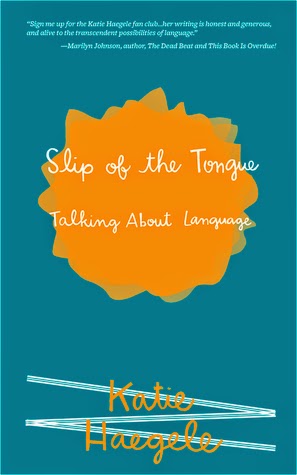 Katie Haegele is a freelance writer and a research assistant at a linguistics institute. Her writing has appeared in numerous publications (Utne Reader, Adbusters, Bitch, etc.) and her travel column “The Dubliner” even won an award from the Association of Alternative Newsweeklies. She is also the creator of the long-running zine, The La-La Theory, which analyzes various linguistical (I want that to be a word) subjects. For someone so involved in language, words and the writing process, it was a shock to learn that she finds the act of writing so difficult. In the introduction to her recent book of collected writings, Slip of the Tongue, Katie states, "I don't find writing easy to do, not even a little. I don't even enjoy doing it most of the time." Writing is hard work, no doubt, but Haegele makes it look so easy, or maybe I should say, her writing is so easy to read one would think the process to be effortless. Not the case, apparently.

This book is broken into two sections. The first is a collection of essays, the second contains journalistic pieces. In the first section, Katie gives her thoughts on various subjects related to language, which includes selections such as "Who Gives a Fuck About an Oxford Coma,"* "On the Word Slut" and "The Prick with the Stick." Don't worry, these essays are not as bawdy as all that, but they are interesting. Section two features writings on the history of graffiti in Philadelphia, the origin of the word 'ye' (as in 'Ye Olde' this or that) and the logic behind the La-la Theory which posits that human language was developed as an imitation of music.

In these short pieces, Katie reveals a lot about herself as she ponders these many things related to language. Words are loaded, they are powerful and they can have a huge effect on us. It's hard work turning thoughts into words and getting them down on paper. It's hard work, yes, but somebody's got to do it and thankfully one of those somebodies is Katie Haegele—Chris Auman

*I personally only give a fuck about the Oxford comma in the sense that I hate them-CA
at January 27, 2015 No comments: 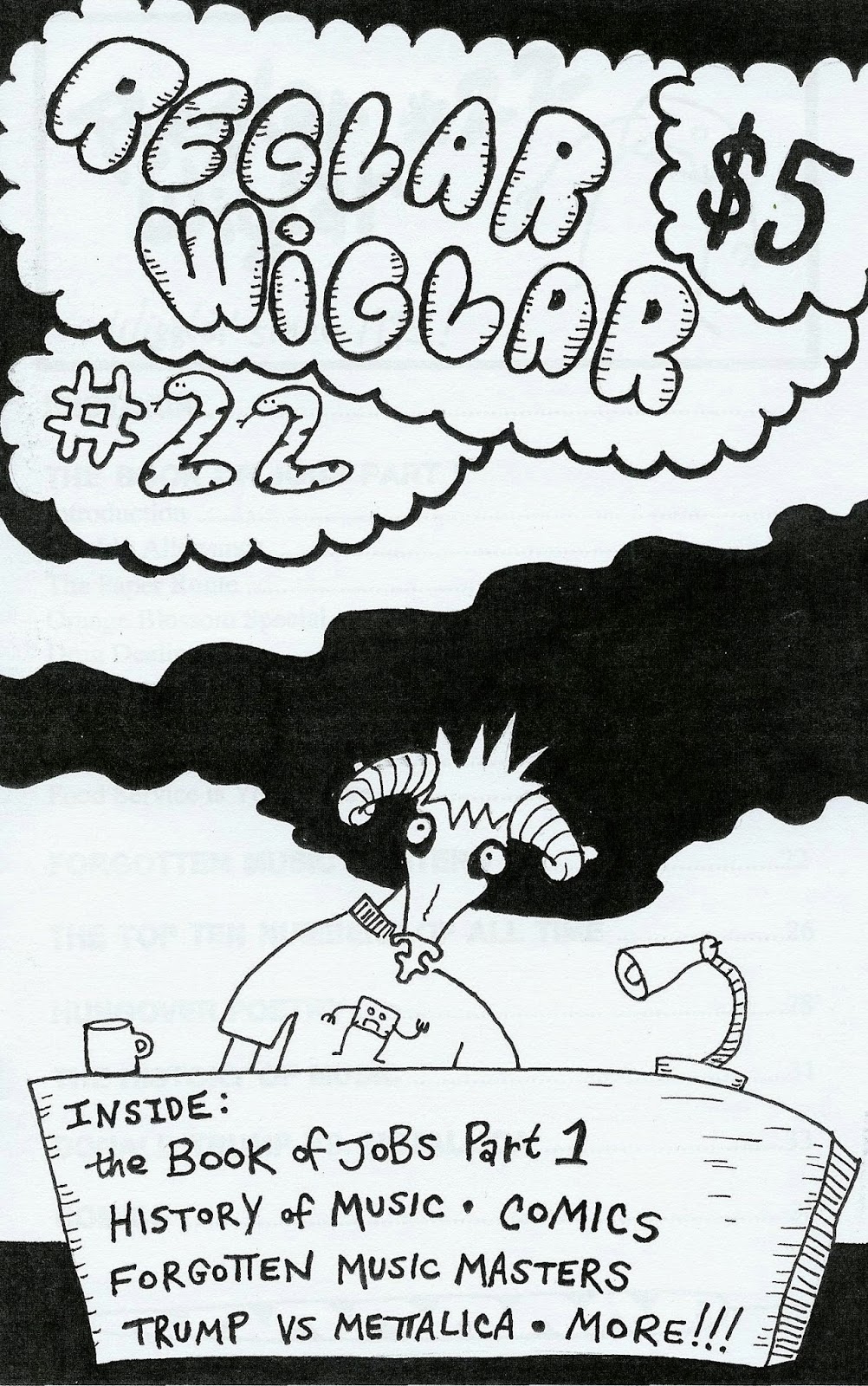 
Reglar Wiglar was first published from 1993 to 2005. The zine’s title is inspired by an Errol Morris documentary and this is the first issue in almost a decade. Back in its heyday this zine was known for its playful satire. As Chris mentions in a note that accompanied the zine, Reglar Wiglar was “a parody and satire, and my reaction to the ‘alternative’ music frenzy occupying much of mainstream music press at the time”. I really enjoyed the first twenty pages that detail myriad jobs Chris had in his teenage and college years. There’s the paper route, lifeguarding, working at a pharmacy, working at a restaurant and a bunch more. Auman’s humor is crisp and understated. The second half of the issue is filled with short satirical bits and comics, most notably, Donald Trump reviewing an old Metallica album.
at January 17, 2015 No comments:

Have a Great New Year, People! 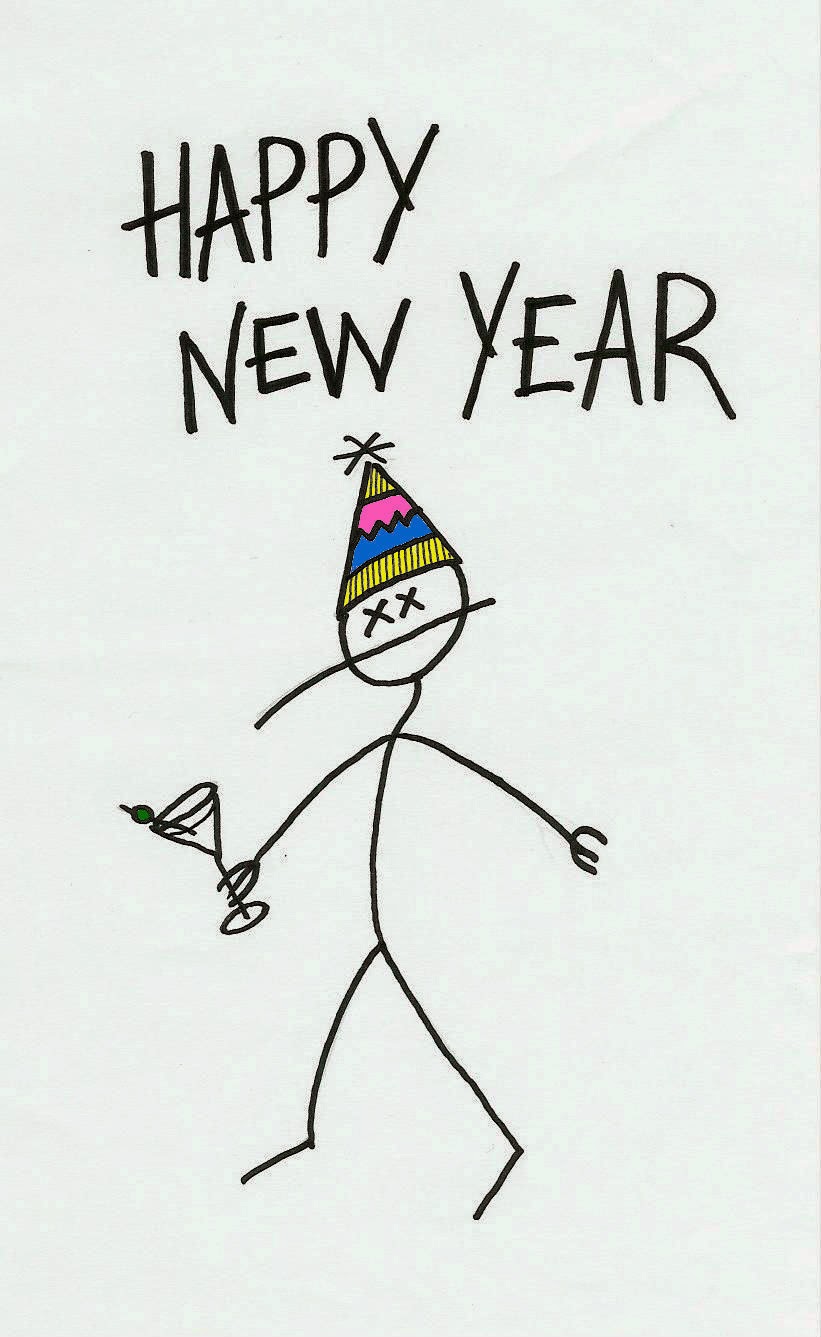