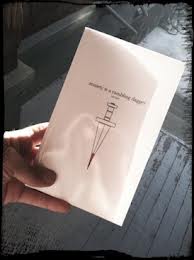 Ian Kahl suffers from mental health issues. They are chronic, clinical and, I would imagine, debilitating at times. Instead of allowing his struggles to hold him back, he considers them one of his greatest assets as a creative person. He actually does let his mental health problems define him. His poetry reflects this. “Anxiety is a rambling dagger” is the latest collection of Ian’s poetry. Ian considers this collection to be a journal and the poems are autobiographical. His poems are about family and suicide and depression and they're pretty sobering. They're hard to take in as large a dose as Ian probably needs to produce them. Hopefully, his work will be an inspiration to others who suffer in similar ways to Ian and who will see some of themselves in his work. www.iankahl.com

Posted by reglarwiglar at 10:32 AM