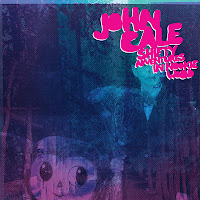 John Cale has made over 30 albums, has collaborated with a whole pile of notable bands and musicans from La Monte Young to Squeeze and was the co-founder of, arguably, the most influential band in rock history. I say arguably but only a douche would argue that VU wasn't, 'cause it was. And dude’s like seventy and still making some pretty ambitious music. Shifty Adventures in Nookiewood showcases a dozen Cale compositions exploring pop rock music and using the more modern tools at his disposal. Cale can’t resist the use of autotuner on “Mothra” and “I Wanna Talk 2 U” uses a fairly modern spelling style on the title. But I jest. The Welshman is capable of creating moving moments using various styles and maintaining a sense of humor. Who wouldn't want to have an adventure in Nookie Wood? Hell, I'd settle for Wookie Wood—Chewbacca Jones
Posted by reglarwiglar at 10:30 AM