COMICS REVIEW: On the Books 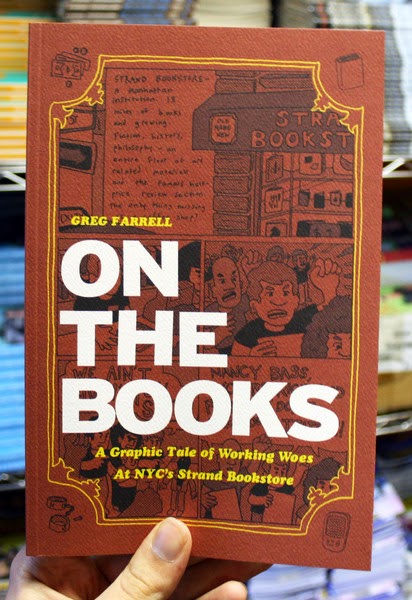 The retail book business has changed since the dawn of the Internet Age and organized labor has certainly seen plenty of shifts of its own since that time. A long recession followed by a sluggish recovery, the proliferation of ebooks, Nooks and that destroyer of worlds, Amazon.com have proven as harmful as the apocalyptic chain store threat of Barnes and Noble just a few decades ago. This is all evident in the graphic novel, On the Books, created by writer/artist/rapper and bookstore employee Greg Farrell. This is Farell’s depiction of the 2012 labor dispute between his UAW union (United Auto Workers? Don’t worry, that’s gets explained in the book) and his employer Strand Bookstore. His is the POV of the, perhaps stereotypical, “over-educated, low-wage earning hipster” — the kind Republicans care about only slightly less than the under-educated low-wage earner, hipster or otherwise.

New York City’s Strand Bookstore, once a haunt of such punk literati as Tom Verlaine and Patty Smith, has been in business for 86 years. It purportedly contains 18 miles of books and is a bonafide New York institution. The employees think this family-owned business can let a little more money trickle down to them. The owners feel otherwise and therein lies the friction among the fiction. Nothing new there. The book details the events that occurred during the buildup to, and the aftermath of, the summer of 2012. That's when things got sticky with protests and the intrusion of outside agitators, who may have had good intentions, but whose one-size-fits all tactics did little to help the Strand workers' cause.

Farrell gives us a history of the Strand as well as the United Auto Workers Union that represents the company’s 150 employees. Different points of view are represented, some opposed to a work stoppage, some accepting of its necessity and some falling right in between. Greg shares his coworkers opinions by including their own testimonials.

With such a gung-ho, anti-union presidential contender like Scott Walker looking to establish his union busting street cred on the national stage, the tension between workers and owners will be something we can expect to see a lot more of on our various electronic devices, but comics are as good a medium as any to get the news—Chris Auman 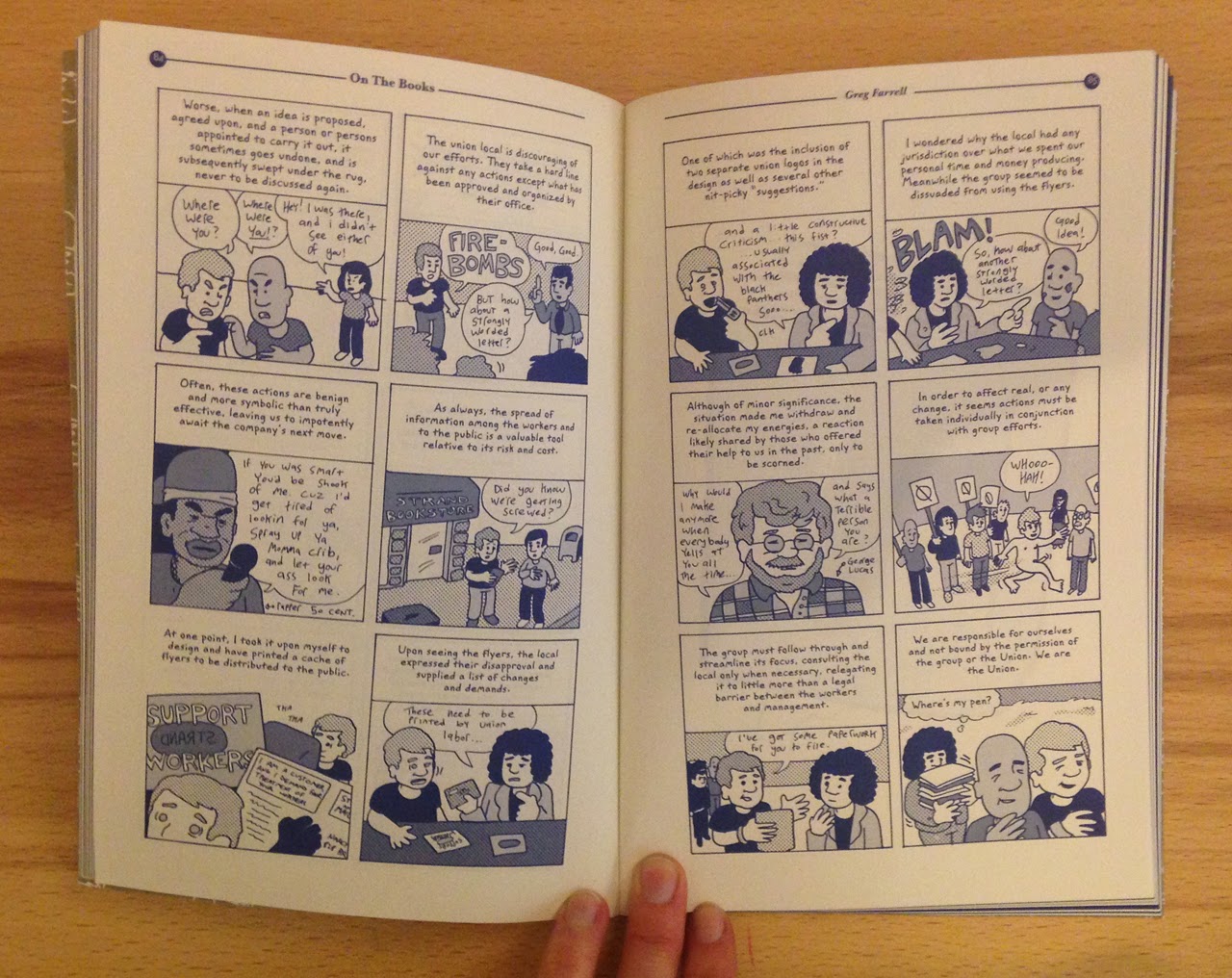 You can read the finale to On the Books here: http://yoburbalino.blogspot.com/

Posted by reglarwiglar at 11:20 AM

Well, the article calls it a "graphic novel" but, since it's not fiction, I'm assuming the book's cover blurb "graphic tale" is more accurate.

Fair point, Ken. "On the Books" is definitely not a work of fiction. However, the term "novel," as far as comics are concerned, is generally understood to include non-fiction as well. That may change with the publication of more titles like "On the Books," but for now I thought this was the best way to describe the genre. But that's certainly open to debate. Thanks for reading!