ZINE REVIEW: Every Thug is a Lady 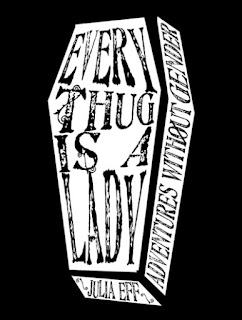 It is timely to be reading this zine about an issue that has been in the news a lot recently. Prior to much of the news coverage on who can pee where, you could have put me in the category of someone who was largely ignorant of transgender issues. The main reason for this is that I didn’t need to know. It didn’t affect me one way or the other so I never bothered to form much an opinion on it. I accept it. I support it. That was as far as it went. Actually, it's not something you can really have an opinion on. It's like having an opinion on global warming. It exists regardless of the thoughts and beliefs of any one person, religious group or political party.

Zinester Julia Eff deals with gender identity issues every day. They’re in her head. Not in her head like she made them up, but in her head as a part of her everyday challenges with life. Julia is dealing with neutrois, a gender identity that is neutral, neither male nor female. Neutrois makes picking out what clothes to wear a challenge for Julia. It determines where she shops and who she chooses to deal with. In one section of the zine Julia talks about her cis gender boyfriend. She describes him as a bit of a Hank Hill-type who doesn’t care about her gender identity. This seems great at first pass, but his acceptance seems to be more about indifference and a lack of curiosity than something resembling acceptance and understanding.

"Every Thug is a Lady" is an informative zine for those not well-versed in the issues of gender identity. I would hope it was also a cathartic experience for Julia to create. It is entertaining as well in the sense that Julia does have a sense of humor even if the subject matter is dark sometimes. "Every Thug" is pure perzine, handwritten and lovingly cobbled together. If you are into that you will enjoy it, no matter what your gender identification. The zine was originally published in 2011 which makes me feel better about the fact that I took so long to review it—Chris Auman 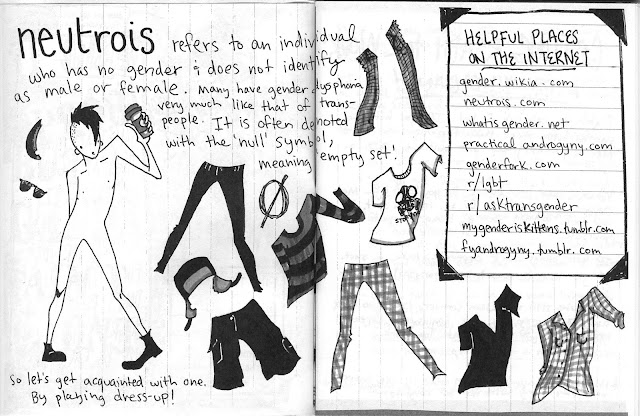