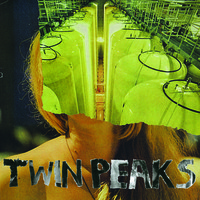 
Muggsy remembers watching the television program, Twin Peaks, back in 1990 (or whenever it was on) and being pretty freaked out in good way. Same thing here.
at April 30, 2013 No comments:

Song of the Day: Twin Peaks, "Stand in the Sand" 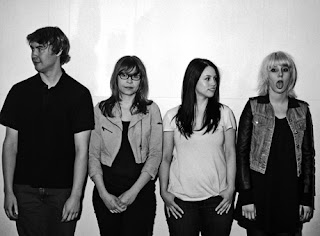 Every once and awhile, at least everyday, Muggsy likes to fill his lungs with white hot punk rock.
at April 25, 2013 No comments: 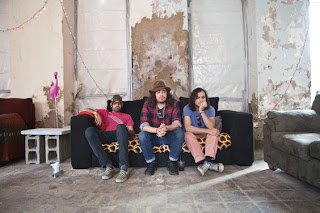 
Muggsy would much rather see Purling Hiss than see Hurling Piss, because he has seen piss being hurled. Not cool.
at April 19, 2013 No comments: 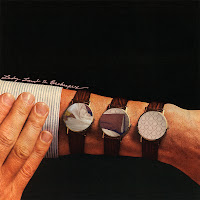 Lady Lamb is not your ordinary, run-of-the-mill apiarist. She is not always gentle like a lamb. She sometimes has bees in her bonnet which she unleashes in small swarms, always at a fitting time when she can deliver the best sting, sweet as honey. As if Aly Spaltro (as Lady Lamb is also known) wasn't a precious enough name for the young singer/songwriter, her adopted moniker certainly suggests something playful and innocent, but her youthful looks belie a soulful voice that sounds an age beyond her 23 years.

The background story is that Lady Lamb began writing and recording songs after hours at the DVD rental store where she worked in Brunswick, Maine. She sold these recordings at the record store next door under the Lady Lamb pseudonym. From that beginning, here we are. This is Aly's first full-length foray and it's pretty fabulous and packed with great songs that are emotionally powerful and driven and showcase an admirable level of lyrical virtuosity.

To be dragged by the hair to the carnival is a strange enough way to travel. Even so, “Hair to the Ferris Wheel” gives a rousing start to a record that never stops spinning. The song starts slow but amps up quickly with a driving drum beat and strummingly loud guitars. "Aubergine" is a leg-kicking tune with fired up horns that build up big only to fall down and start all over again. It's about absence making the heart grow, not fonder, but hollow like an "egg without a yolk". "Bird Balloons" gets Lady Lamb popping with Bjork-like bleats; “I’m a ghost and you all know it”. "Rooftop" delivers as a standout track of guitar with gumption and violin and vocals that soar and tumble down.

Ripley Pine is as strong a twelve song effort as I've heard. It fluctuates between half full and full on while pontificating in the abstract about universal subjects. It lays in the cut at the right times only to hit full force with the backing of a full-band. Shear sheepy brilliance. Baah, rah rah—Chris Auman
at April 17, 2013 No comments:

The Woodrows: Snake in the Grass 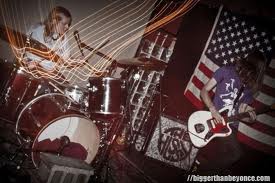 Song of the Day: King Tuff, "Dancing on You"

Email ThisBlogThis!Share to TwitterShare to FacebookShare to Pinterest
Labels: burger records, dancing on you, king tuff, was dead

Occasionally, Reglar Wiglar Magazine asks a band, artist or musician: What’s it all about? What's the point and why go on? This week we ask Philly's  purveyors of audio sibilation, PURLING HISS:

We are doing a 2 week tour to the Midwest including Madison and Chicago. Then a month in Europe in May. All our dates are listed here.

We have a new record on Drag City that just came out in March. It's called Water on Mars and it's our first release with the label. Also the first studio album with a full band.

We'll continue to support the album by touring throughout the year.

The Woodrows: The Woodrow's Punk Rock Hygiene Kit
at April 12, 2013 No comments:

Video: Cloud Cult, "You're the Only Thing in Your Way"


Just when this town finally gets done thawing out, Iceage come to town.
at April 09, 2013 No comments: 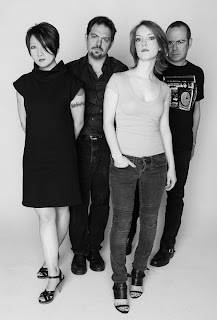 Occasionally, Reglar Wiglar Magazine asks a band, artist or musician: What’s it all about? What's the point and why go on? This week we ask Chicago Guardians of Rock, Sentinels:

Playing out songs from our first full length Music of the Pleistocene as well as prepping new songs for Spring recording with Kris Poulin. Featuring our new-ish drummer Michael Nicasio!

To quote Joe Strummer, "You've got to do what you can do as long as you can do it." Second full length will be out before 2013 is through!

Muggsy hates bands, what with their smug attitudes and rebellious hairstyles—bands make Muggsy want to gag and puke. This includes all bands: punk rock, metal, techno synth, pre-post hardcore, emo (especially emo) but especially boy bands. If you hate bands as much as me, you'll want to buy this t-shirt to show your solidarity with me. Do it! 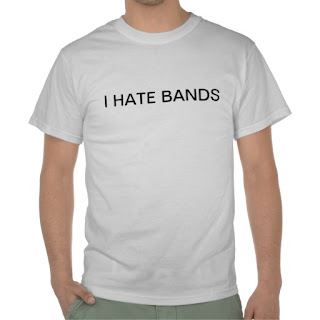 
First the Greeks gave us Democracy and then, flash forward a billion years, Acid Baby Jesus. Yay Greece!
at April 05, 2013 No comments:

After 1,000 years of rock and roll, it’s getting harder and harder to come up with unique and clever band names. Use this handy Reglar Wiglar Band Naming Guide to help you and your scruffy indie rock pals name your new project:

To give your band that clever twist (and to help you search for yourself on Google) try introducing a few extra consonants or vowels into an otherwise ordinary noun. Where? Anywhere! This method expands on the popular one-word band names of the nineties by giving it a 21st century twiist.

Purposely misspell your band name with a wink and a nod to the kids. This technique (or gimmick) sends the message: “Yeah, we know it’s spelled wrong, we did that on purpose. We could give a flying fuck what the grammarians think. They’re too old to understand anyway."

Magic is a good word to use and it also incorporates TIP #3: Use the Word Magic in Your Band Name. Try pairing that word up to modify an ordinary household object, like a toaster:

TIP #3: USE THE WORD MAGIC IN YOUR BAND NAME

This is pretty self-explanatory: take the word "magic" and stick it in your band name. Anywhere. Also works with "crystal".


Why not try adding a keyboard command or short-cut into the mix. You can use a straight-up PC command:

WARNING: Mac users: make sure you save any changes before attempting to use this one!


OK, this one may be a bit played out at this point, but some people haven’t gotten the memo yet, so if you are an animal lover, we say go for it.


A good trick is to pick an animal and then incorporate an animal body part.

TRY ALL THEM ALL!

Now that we've given you some good tips to get started, you can experiment with your own band names. Let us know what you come up with and don't be afraid to try them all on the same awesome band name:


Muggsy's dear old Granny McMurphy warned young Muggsy back in '85, that when The  Metal allied three times, that would signal the apocalypse. Well...
at April 04, 2013 No comments: 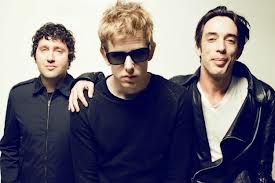 
In my search for Spl:t S:ngle, Google gave me one of these "showing the results for split single".

Don't you get indie irony, Google?


I'm feeling lazy today, so I'm just gonna dip back into the archives and pull this quote out from I. Frank's 2005 Reglar Wiglar review of The Rockets Summer's record Hello, Good Friend:

"This sounds like a young Richard Simmons singing over bouncy guitar and piano pop."

To say that since the Reglar Wiglar's inception in 1993, the world has become a much different place, would be an understatement. To say that the world has become a much different place because of the Reglar Wiglar is a much larger understatement. With the exception of, perhaps the Internet, maybe Bieber—no form of entertainment has done more to change the way we think about music, fashion, culture, religion, technology, politics, and our own sad lives than the twenty-one printed issues and the eight subsequent years of poignant bloggery provided heretofore by this aforementioned publication. To celebrate this historic feat of achievement, we here at the Reglar Wiglar, are going to pull out all the stops with a series of blog posts, status updates and assorted tweets and "likes". This may continue for weeks.

All that will kick off tomorrow. At some point. Probably.
at April 01, 2013 No comments: