"The dopest Gathering in history!"

with fireweed blooming along the frost heaves and merciless rivers that are rushing and carving and reminding us that here, Mother Nature wins.

UPDATE:
Well, it looks like the NBC people put the kibosh on that - don't worry, it wasn't THAT funny - so check this out, from whay youtube says is a 'related video':

CELBRITY WE DON’T LIKE FOR NO SPECIFIC REASON
Penelope Cruz

CELBRITY WE DON’T LIKE FOR VERY SPECIFIC REASONS
Tom Cruise
at July 23, 2009 No comments:

(promoted from the comments)
[T]here's a rapumetary called Beef that's running on cable tv's Fuse channel. It presents the 411 on various disagreements between hip-hop artists. In the 'N.W.A vs. Ice Cube' segment, Ice Cube prevails, delivering the death blow w/ "No Vaseline", which is arguably the greatest musical composition of all time. As a communicative piece, the song's message ("Y'all niggas can't fuck wit Ice Cube") affected to a real-world reality, unlike, say "We Are the World" or "Give Peace a Chance".
The show also features a nifty editing trick to take care of interviewee's profanity without resorting to bleeping out every motherkcufing 4-letter word.

Have a beer, Yowch!

or "Whatchoo Talkin' About Willis?"

It's official. The Sears Tower is no more. I for one won't shed a tear and apparently neither will Da Mayor, who had this to say about it:

"There has to be change in government and business and you have to realize that change is good."

We endorse the Free Rom the Spaceknight! Petition to Hasbro, Inc..

This is a petition to encourage Hasbro to release their copyright of "Rom the Spaceknight" to Marvel Comics. Given that after the initial failed run of the Rom toyline, Hasbro has shown no interest in reviving the character and therefore has no monetary incentive of keeping the copyright, and that Rom has become a fan favorite of Marvel Comics readers, Hasbro should sell (or give) the copyright to Marvel, so that the character may return to comics and reprints of material featuring Rom may be sold. 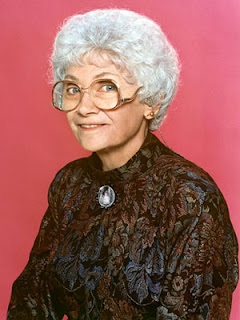 
This concludes the Reglar Wiglar's "Hotties of 80s Sitcoms" series of blog posts.
at July 07, 2009 No comments:

Hold on to your asses! The Neo-Mofo Revial of 2009 is here

I suppose it was inevitable that Primus-style funk rock would come back into fashion, but no one could have predicted that Jandek would be the first one on the bus.

This song just came up on my random mp3 player thing, and I thought it was a Cheap Trick deep cut at first! Good song!
at July 01, 2009 No comments: