VIDOE: So So Glos, "Lost Weekend" 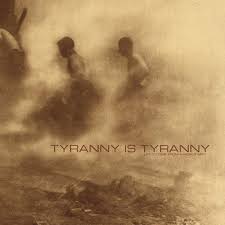 TYRANNY IS TYRANNY
Let it Come from Whom it May (Phratry)

Tyranny is Tyranny is a noise rock band that is, in their words: "Proudly based in Madison WI, the epicenter of class struggle." Tyranny is Tyranny keep the sound of Midwestern noise bands alive and well into the new century with a little post-hardcore help along the way.  Let it Come from Whom it May is a seven track album with heavy riffs, dark lyrics and a fair bit of screaming. It delivers  an outlet for ever present angst and anger, but the band is not afraid to get melodic when the song and mood dictates. They're left wingers for sure, and they deliver their message in an extreme medium which is a good change from the more hippie vibe a liberal college town like the Mad City can give off (East Side, I’m talking to you). If you needed further proof of their politics, the band takes its name from chapter four of Howard Zinn's eye-opening and rage inspiring book, A People's History of the United States. You see, Tyranny Is Tyranny want to bring down the walls of capitalism through decibels, brick by brick. That could take awhile, but I think I can here some crumbling. [Tyranny is Tyranny]
at August 21, 2013 1 comment:

Email ThisBlogThis!Share to TwitterShare to FacebookShare to Pinterest
Labels: a peoples history of the united states, amrep, howard zinn, let it come from whom it may, madison, noise, phratry records, tyranny is tyranny, united sons of toil

SONG OF THE DAY: Parquet Courts, "You've Got Me Wonderin' Now"

Email ThisBlogThis!Share to TwitterShare to FacebookShare to Pinterest
Labels: parquet courts, tally all the things that you broke, what's your rupture, you've got me wonderin now 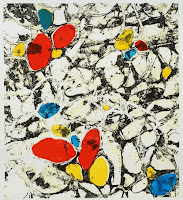 If I am to believe what I read, the Landmarks band is a part of a larger collective known as Public House Sound Recordings which was formed by recording engineer, Dave Vettraino. This digital seven inch, while not measured in inches, covers a lot of musical space starting with the arcing jam of "Overflow". At its best the song aspires to the near perfection of Deerhunter’s "Nothing Ever Happened." At its worst it's just a damn fine tune with a driving bass line, Rhodes piano and swirling and clashing guitar lines seasoned lightly with minimal vocals. “Cuscutta” is slower and trancier with meandering vocals, another steady bass line and hints of xylophone and a not so subtle guitar with effects pedals at play. Represent—Chris Auman
REMINDER: Never, ever take a critics word for anything. Download the song for free from the Landmarks Bandcamp page.
at August 15, 2013 No comments: 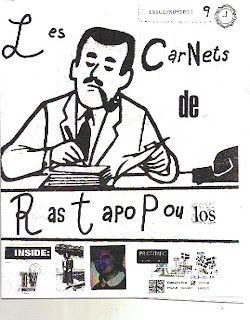