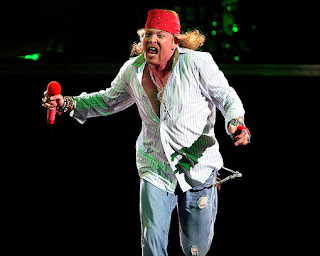 We will continue to monitor this situation. If Axl comments on any more message boards or sends out any more tweets, you will read about it here first. Well, not first, but probably a few days later.
at February 19, 2010 1 comment:

Which of these bands is NOT an indie rock band:

Boys like girls? Well, to paraphrase Shakespeare: methinks these knob jockeys doth protest too much. Either way, Dunc likes his punk without third-rate teen wangst, so he's off to the pub to get Schindlers and forget these drooling morons ever existed.

Dunc The Punk Guide To Cockney:

It probably goes without saying that Dunc is no fan of the rozzers. Well that was until Dunc heard that the Philly police beat up these MTV-fellating twunts without apparent provocation. Releasing laughable Jedi like this is provocation enough in Dunc's eyes.
Dunc The Punk Guide To Cockney: 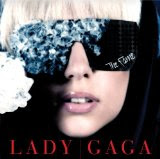 LADY GAGA
The Fame Monster (Interscope)
How do you make Lady Gaga cry? Poker Face. Right? Wrong! The real answer is kick her in each of those exploding bacon bits of hers. And add a couple of cheap shots to her Pizza Huts for good measure.
Dunc The Punk Guide To Cockney:
Bacon Bits = Tits Pizza Huts = Nuts, Testicles 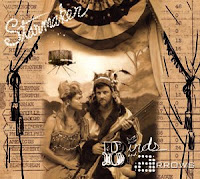 Star Reporter C. Bales has returned to the Wiglar staff, despite a move to Dixie. Check out her triumphant return by reading this exciting interview with North Carolina folk-indie pop band, Birds & Arrows.
Read the interview
at February 09, 2010 1 comment: 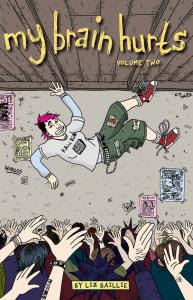 Zine writer Aaron Lake-Smith (Big Hands) finds himself unemployed in this one-off issue of Unemployment. Over the course of seven chapters, Aaron contemplates the paradox of his situation (What's better? Free-time, but no money; money, but no free-time) as well as the age-old question of how to survive as an artist in a society that makes that pursuit extremely difficult. Aaron also wishes he could enjoy just one day of unemployment without the nagging dread of what the future may hold. He almost takes a job as a data entry temp but holds out unsuccessfully for more money, unwilling to rationalize working for less than he believes he's worth. Unfortunately, in this economy we're worth what someone is willing to pay us and nothing more.

Chapter Six takes a different track with a musing on the Greensboro, SC publishing collective, Crimethink, and Chapter Seven contemplates the crumbling of the American Empire. Whatever the future holds, Unemployment is a snapshot of a time that is (hopefully!) almost over for all of us.
Microcosm Publishing

Burn Collector #14 is a pocket-sized zine containing the further adventures of writer/artist and musician Al Burian. Al spent a few years in Chicago wandering the city, playing in bands, writing, drawing and just trying to survive on the fringe. This issue has Burian confronting such day-to-day struggles as dealing with the Chicago Transit Authority—talk about a character builder. There are ruminations on cycling in a bike-hostile city and the appeal of street musicians and house shows over concerts in more traditional venues (bars, clubs, etc.). There’s also a treatise of sorts in the form of rebuttal to "The Future of Comics", a 1997 article by artist Dan Clowes that appeared in his Eightball #8 comic.

Comics are a theme in BC#14, in fact. Burian's drawings appear throughout the issue. There are assorted sketches and one panel strips as well as a parody of a Jack Chick religious tract that just gets flat-out weird by the end. A good read for riding the CTA, which is about to get a whole lot suckier with their new service cuts this February. Fuckin' CTA.
Microcosm Publishing 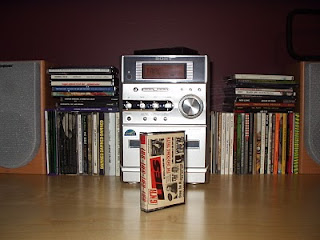 GUNS AND ROSES
GNR Lies (Geffen) 1988
In the late 80s and early 90s, Guns and Roses were the biggest band in the world. And they weren't whinny little twits like Billy Corgan either. They were nasty, dirty, drunken, drugged out, impolite rock stars. They could also be clownish buffoons and in Axle's case, a gigantic, megalomaniac a-hole. In 1988 however, they were still getting a pass.

When G 'N' R Lies came out in 1988, it sold 10 million copies. That's pretty good for a bad record. Perhaps bad is a bit strong, but it certainly was no Appetite for Destruction. And it shouldn't be treated as a legitimate full-length release either, seeing how it was a cobbled-together place holder to placate fans and make some dough while GNR toured the world placating fans and making dough.

The G Side (presumably the Guns side) of GNR Lies features the four tracks that comprised the 1986 EP, Live ?!*@ Like a Suicide. The sad truth about Live Like a Suicide (we'll dispense with the ?!*@ from here on out because it's silly and makes no sense) is that it was NOT recorded live like a suicide. It is in fact a studio recording with crowd noise dubbed in. This hardly mattered to fans in 1988 and is awesome now as a testament to how ridiculous GNR could be. "Reckless Life" and "Nice Boys" are similar hard-driving odes to the degenerate lifestyle espoused by these hard-edged glam rockers. "Move to the City" features a horn section and hits on a theme young Axle would return to countless times: a hick from the sticks moves to the big city a.k.a. The Jungle. "This is a song about your fucking mother" announces Axle at the start of the Steven Tyler penned tune, "Mama Kin" which closes out Side G. The fictitious crowd especially enjoys this number. They must be Aerosmith fans—hell, maybe this crowd noise was taken from an Aerosmith show. Wouldn't that be ironical?

Then there's the R side (for Roses). This shows that the band can lay it down acoustically (hard rockers with a tender side) as is evidenced on the drippy "Patience"— Axle at his cartoonish best. Things turn ugly (or hilarious depending on your perspective on murder) with "Used to Love Her"—not the first murder ballad ever written but certainly guaranteed to cause controversy. The second track is a pointless, acoustic version of "You're Crazy" from the Appetite record and then the coup de grace: "One in a Million." Axle lets his red neck shine brightly on a return to the hick-in-the-city theme. In this piece, Axle calls out "immigrants and faggots" for not making sense to him, what with the different languages and all. "It's all Greek to me," Axle observes with a bit of ironic wit not seen in a GNR song since "Turn around bitch I got a use for you" on "It's So Easy" in '87. Axle also advises "police and niggers" to get away from him as he will not be needing any gold chains at this point in time. For complete lyrics to this tune, maybe you could ask John Rocker. I'm sure he has them burned into his frontal lobe if not tattooed on his ass.

Rolling Stone gave GNR Lies four out of five stars in their 1989 review, citing the release as proof of GNR's sustainability and calling 'One In a Million' a "beautiful ballad" with Axle's homophobic and anti-immigrant spiel "tempered with something that sounds oddly like compassion." Yes, Axle Rose may be a complete tool, but Rolling Stone built the tool box.
CHECK OUT RW VERSION 1.1!!!
at February 03, 2010 1 comment:

Punxsutawney Phil is a punk! 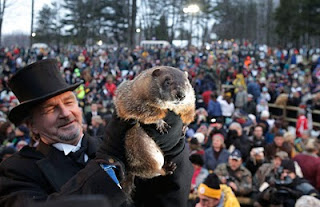