BOOK REVIEW: Brew it Yourself 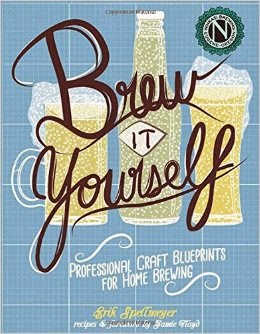 Home brewing has come a long way since the the mid 90s when a roommate of mine brought home some ridiculous contraption called Mr. Beer. While Mr. Beer did allow you to brew your own suds back in the day, it sure produced an awful tasting end product. At least that was my experience. Not to be outdone, another roommate during this period also tried his hand at home brewing. Instead of some preformed plastic gizmo, he kicked it a little more old school with stainless steel pots, big thermometers, giant wooden stirring spoons and whatnot. His output tasted like crap too. Were either of these gents to read my description of their beer making efforts here today, they would undoubtedly, wholeheartedly defend their product and defy that it tasted anything but delicious. My taste buds don’t lie, however.

At any rate, we’ve come a long way from the skunky flavor, moldy basement aroma and horrendous aftertaste of Mr. Beer and his ilk, and Mr. and Ms. Beer Drinker appreciate that. It's too bad this book, Brew it Yourself, wasn't lying around the apartment back then because that certainly would have helped the situation.

Brew it Yourself  is a do-it-yourself guide that comes correct with info and how-tos on the how to of extract brewing, all grain brewing and the importance of sanitation to the fermenting process. Written by beer crafter and suds enthusiast, Erik Spellmeyer, this is an informative guide that will allow anyone with a little time, a little money and a passion for great hops to brew their own. You can make it as easy or as involved as you like. There are recipes for pales, ales and extra special bitter beers as well as a glossary, conversion guide and a brew log to chart your progress, or lack thereof.

I must confess that I do not plan on brewing my own beer, ever. I prefer getting beer the old fashioned way, I buy it already bottled. However, I am definitely going to pass this book on to Roommate #1 who has since returned to home brewing, this time employing a much more efficient system, and is no doubt brewing delicious malts and IPAs while the former Mr. Beer more than likely lies at the bottom of a deep landfill somewhere—Chris Auman 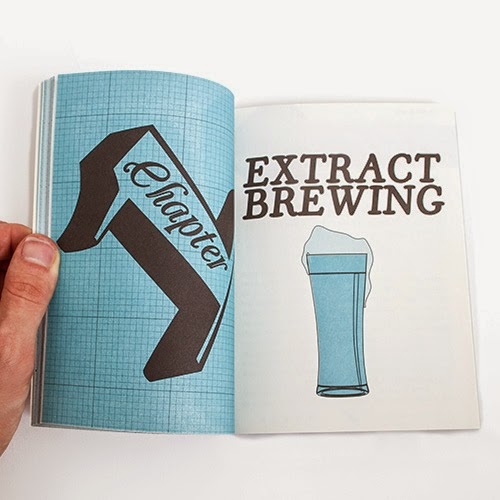