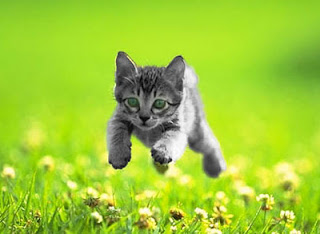 The Reglar Wiglar blog will be closed for remodeling until further notice. Thank you for your patience and continued patronage.
at March 30, 2012 No comments: 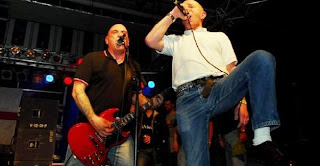 But the thing is, we were never promised jet packs. So stop bitchin'.
at March 23, 2012 No comments: 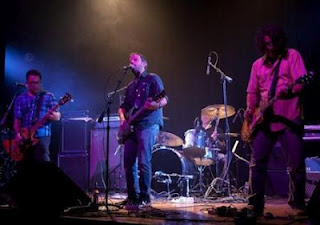 Ironically, there was a Sunken Ship found off Roach Beach just the other day.
at March 17, 2012 No comments: 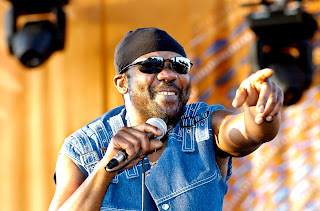 FRIDAY 3/16
Toots and the Maytals, The Constellations @ House of Blues, 329 N. Dearborn St.

Email ThisBlogThis!Share to TwitterShare to FacebookShare to Pinterest
Labels: house of blues, reggae, toots and the maytals

Cool devices, hot garbage and lovely little girls? Sounds more like Dunc the Punk's kinda party, but I can dig it.
at March 15, 2012 No comments:

From Wikipedia: "Apteka is a Polish rock band, founded in 1983 in Gdynia. Their LP Narkotyki won "Płyta Roku" ("LP of the Year") of Gazeta Wyborcza in 1992." 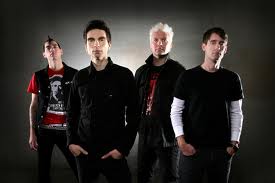 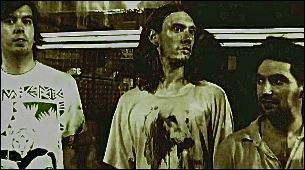 Honey Buffalo Wings are delicious! Just the best.
at March 09, 2012 No comments: 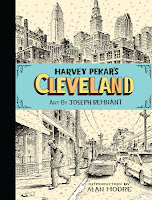 HARVEY PEKAR'S CLEVELAND
Harvey Pekar & Joseph Rembrandt (Top Shelf/Zip Comics)
Harvey Pekar was as much a part of the city of Cleveland as the city of Cleveland was a part of Harvey. Hardworking, loveable, irritable, almost at peace with failure, the man and the town seem interchangeable. Don’t take my word for it, I’ve never been to Cleveland. Not once. Take Harvey’s words. Harvey Pekar’s Cleveland is a posthumously published work of Pekar's writing, illustrated by Joseph Rembrandt. In the first part of his last graphic novel, Harvey tells the history of his city from its humble beginnings as a part of the Western Reserve up through its rise and fall as an important industrial and economic player. Cleveland’s is a history not dissimilar to many American urban centers: industrialization, segregation, immigration and white flight all leading to loss of industry, population, tax revenue and resulting in decay and decline—it’s all there in Cleveland, "the mistake by the lake".

The second part of the book is Harvey’s own history with Cleveland. From his childhood through his divorces, American Splendor readers will be familiar with many of the characters and situations. It is good to catch up with Harvey at the end of his life. He's still the same loveable curmudgeon—maybe a little less bitter, although he was always the first one to remind himself of how things weren’t all that bad after all. He was still sharp and full of observational humor and wit even at 70 which, let’s face it, isn’t that old these days. Harvey Pekar's Cleveland is a fitting recap of his American story. The story of Cleveland continues—Chris Auman
Always read Reglar Wiglar!
at March 09, 2012 No comments: 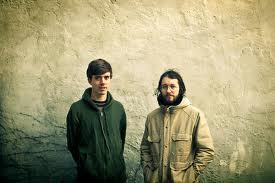 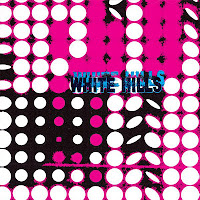 WHITE HILLS
Frying on This Rock (Thrill Jockey)
Don’t know where the White Hills are (the moon?) but apparently they’re on a planet or satellite rock where dudes like to zone out on gnarly jams (Earth?)—a planet where it's customary to grow some hair, keep your head down and riff. White Hills like to lay into it and stay there for extended periods of time. From the opening of “Pads of Light” (an epic space rock jam) they just roll it on out into a “Robot Stomp" in which robots dish out a repetitive mechanical beat-down for nearly twelve minutes (that’s three days in robot time). “I Write a Thousand Letters (Pulp on the Bone)" one-ups that in reaching for the 14 minute mark and making it. If you're prospecting in the White Hills, you're likely to hit a heavy lode, so grab a pick ax and a bucket, Klondike, and start diggin'—Sam Clemens
Read more reviews, and always...always read Reglar Wiglar!
at March 07, 2012 No comments:

Conformity didn't corrode like we were all hoping it would back in '85. Does that make me regret my home-made C.O.C. tat? Not a chance! Well, maybe just a little.
at March 07, 2012 No comments:

Muggsy can really relate to handsome bald men of a certain age who know how to rock.
at March 06, 2012 No comments:

Damaged 4 (Radical Publishing)
Damaged is a noir crime serial with bulging muscles, big guns, and Russian mobsters. The politicians come corrupt in San Francisco. Some of the cops do too. The good ones have their hands full chasing vigilantes bent on extra-judicial revenge. No need for a messy trial, better a messy crime scene.

Henry Lincoln (estranged brother to ex-Police Captain Frank Lincoln) has broken ex-cop Isaac Lordsman (it’s gonna get biblical) out of prison. Smarmy mayoral candidate Shane is in bed with new crime boss Oksana Oloaf, who tells a cute tale about her dead husband wrestling with his conscience, and his reluctance to rape her when she held out. Now that’s one tough broad!

Lots of blood, explosions and gnarled men at war with criminals, buddy cops and buddy ex-cops both out for justice—Manila Ice
Read more reviews, and always...always read Reglar Wiglar!
at March 06, 2012 No comments: 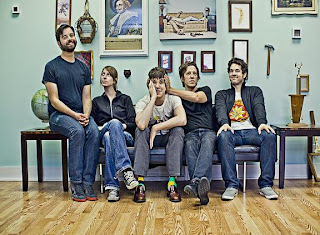 Muggsy likes a Kickback as much as the next Grabowski. Speakin' of Grabowski's, Happy Pulaski Day!
at March 05, 2012 No comments:

Email ThisBlogThis!Share to TwitterShare to FacebookShare to Pinterest
Labels: Mutts, Psychic Twin, The Bears of Blue River, The Kickback 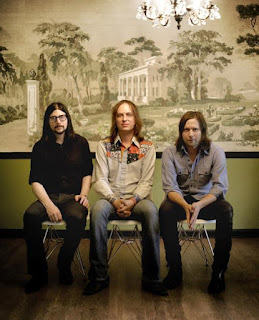 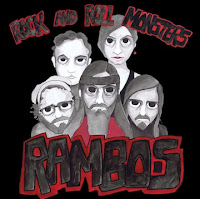 Rambos reached back a couple of decades for inspiration when they were constructing their Frankenstein monster of rock and roll... and that's as far as I can go with that metaphor. It's a shame too 'cause I really wanted to build up from the Frankenstein bit, but Rambos stick to a straight ahead rock sound—a bit like X, but maybe not as dark or poetic. They’re a little more light-hearted, a lot less serious—like Rambo. (Rambo was a fun guy too in his down time, when he wasn’t doing things that would make a billy goat puke.) Rambos write songs about monsters and vampires, Chuck Taylors and livin’ in the U.S.A. They lay those songs out with reverb, male/female vocals, rousing choruses and pun-based word play like in the tune “Poet Murder” (and I said they weren’t poetical, well shame on me. Shame on Muggsy)—Muggsy "McMonster" McMurphy [Rambos]
Read more reviews!
at March 02, 2012 No comments: 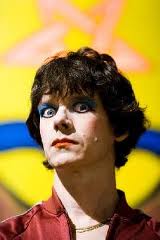 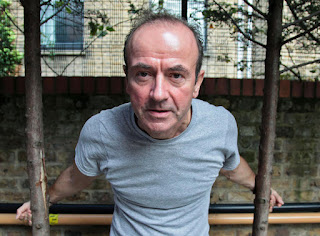 Just what these geezers think they're gonna prove at Reggie's tonight is beyond the grasp of my sodden brain. I would love to find out, however.
at March 01, 2012 No comments: